Damn you, Gene Roddenberry. Damn you.

I’ve grown up with your techno-near-Utopian visions of the future and I’m miserable. They’ve caused me nothing but conflict. I hear people say our problems are too large. I say our thinking is too small. I hear poverty, war, and hunger will always be with us. I say we’ve never really tried to end them. I hear the Earth is running out of resources. I say let’s tap into the rest of the Universe. I hear people use artificial, divisive words like ‘race’. I say we share the same title: human. I hear people say the future is bleak. I say the future is what we make it.

Most people walk around thinking there is nothing they can do about the state of their existence, and therefore do nothing about it. Or, they actively resist all change, regardless of its merits, and therefore drag those around them backward in time. So here I stand in the midst of our wild, often tragic, world carrying an idealistic engine behind my eyes generating pictures of how much better people could live, how much untapped potential humans have, and what a brilliant adventure life can be.

So, to Gene Roddenberry and all the writers and creators and actors who made your vision possible, and in some cases, improved it: Thank You.
Posted by Sam Girdich at Thursday, May 20, 2010 No comments: 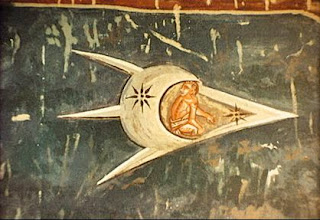 Posted by Sam Girdich at Thursday, February 04, 2010 No comments: