New works are in the, eh, WORKS!

Mark and I are not only tuning up new posters, like the one below, 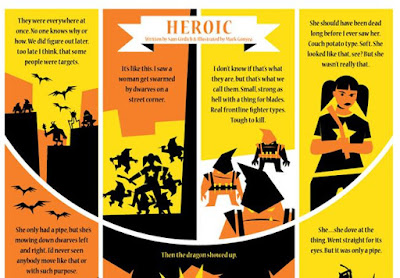 but also a fun, quick to play board game.

I am literally throwing cash at my monitor in the hopes tickets will fall out the other side.

On a side note, with a show of hands who also owns the 1966 Batman Movie? 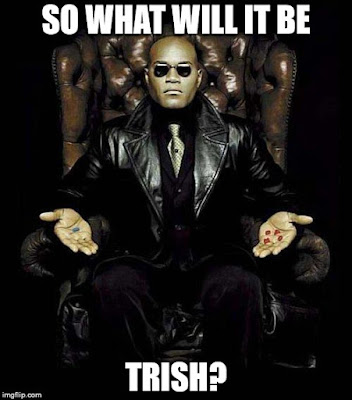 The season where we flex our ancient talent for creating gods and monsters. Build them up with wants and wishes. Tear them down when their need is done. Or simply dispel them when some clever mage on the “other side” crafts a spell exposing the mere human hiding underneath. Not to worry. Plenty more where that came from. Donate now! The Vatican thinks it knows a thing or two about sinners and saints? Amateurs. If it’s for a good cause then normal rules don’t apply. Heck, even abnormal rules don’t apply. It’s “us” versus “them”, remember? This is WAR so don’t be so damn judgmental.  Besides, plenty more where that came from. Not to worry. Donate now! Remember what you are fighting for. Make it your life until we tell you about the new thing we need to make the most important thing which is WAY more important than the last three things that we told you were the important thing to think about. I know it is confusing. It’s supposed to be. We’re smarter than the “other side”. That’s why we’re here! We’ll let you know what to remember and what to forget. Let us do the heavy lifting. You have so much on your plate and here’s a list to constantly remind you. The best minds, our minds, are working on solutions right now, but you have to donate! Without your help we can't take control and fix everything. Yes, get in control and fix you. I know what that sounds like, but words don’t always mean what they sound like. You know that, right? You’re smart enough to know that, right? I know it is confusing. Not to worry. Plenty more ideas where those came from. Donate now!

Support your candidate of choice. It is for your own good.

Email ThisBlogThis!Share to TwitterShare to FacebookShare to Pinterest
Labels: Clinton, Cruz, democrats, election, history repeating, I love you guys, republicans, Rubio, Sanders, stay strong, Trump, YOU are the one in control of the quality + direction of your life
Newer Posts Older Posts Home
Subscribe to: Posts (Atom)