When Superman fought the KKK 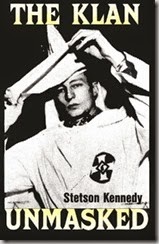 Every now and again I stumble onto a person or fact I cannot believe I did not know before. It is always an awkward moment when the realization slaps the old brain. The sensation is equal parts indignant shock and little kid yelling, “AWESOME!” I was recently skipping through cable channels when I landed on the last minutes of a program on the American Hero Channel entitled How Superman Defeated the KKK.

“Excuse the hades out of me but what the what?!”

I watched its last seven minutes baffled by my complete lack of knowledge on the show’s subject. How could I NOT know the first widespread public attack on the KKK involved The Man of Steel? More importantly, how had the mere mortal with Courage of Steel behind Big Blue’s actions, Mr. Stetson Kennedy, escaped me? I asked around to gauge if I alone was unaware of this historical event. I was not. In fact, no one on the mental list I quickly made of peers who might know did. Time to fix that.

Using popular media to expose a problem and influence the general public is second nature in our Connected Age. Twitter that protest! Blog that injustice! Record and upload that cute kitten falling asleep! That’s today. In the 1940’s this was still a radically new idea reserved mostly for print, but a growing electric giant was poised to share that stage The 1940 US census, for example, estimated that 82% of all households had a radio. This was the heyday President Roosevelt’s Fireside Chats, the Kraft (yes, that Kraft) Music Hall variety show, The Jack Benny Program and a host of other shows featuring everything from live radio drama to soap operas on NBC, ABC, and CBS among others. The later got a taste of the power of its medium a few years prior with Orson Wells’ infamous War of the Worlds broadcast. It was also a time when Superman filled fifteen minutes a day in the lives of hundreds of thousands of children and adults thanks to the fine people at Kellogg’s.

Enter Stetson Kennedy. He was a celebrated writer and collector of southern folklore who by 1942 (age 25 I think) decided to apply his talent for observation and data collection to his interest in human rights and the continued discrimination against African Americans in the south. Here’s where he sets the bar for commitment. He decided on his own to infiltrate the then powerful KKK. For almost three years he attended meetings, rallies, and gained the trust of members of this very secretive group. Secrecy is a powerful tool and weapon. No one outside the organization knew if the local sheriff, doctor, or school teacher was a Clan member, and that created a parlaying fear for its victims. Whom could you trust? Whom could you turn to? Stetson made this secrecy his target. By 1946 he had cataloged names, practices, ritual origins, passwords, discarded paperwork and financial records, or anything else he could use to dispel the Clan’s mystique and shed light on their operations. He took the information and contacted several people who could use it, including the writers of the daily Superman radio drama. The result was a sixteen episode story arc called the Clan of the Fiery Cross. Adults listened and talked openly about the Clan as never before while children reduced them to a cheap comic book villain. The Clan protested the show and called for a boycott of Kellogg’s. Kellogg’s refused to pull their support. The KKK lost its national charter and never fully recovered. I am listening to it now and it is quite amazing.

Stetson’s life, or even this one segment in it, is far larger than the confines of a blog. I am so very tempted to add much more and fill in details like how he infiltrated them, stayed hidden, was eventually forced to flee to live a short time in France where he met Jean-Paul Sartre, and all the work he did for the rest of his long life. Clan members sent this man death threats until his passing at age 94. Think about that.

Some topics are too large for a blog and this is one of them. You need to research this. You need to delve into his life and make your own discoveries, conclusions, and, “wow” moments. He was not a perfect human. He did not work alone, but he did what he set out to do. He made a decision and followed through with it. I for one am glad he did. 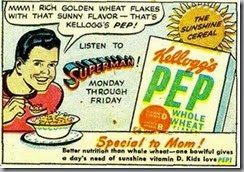 Sources: My research was admittedly quick because I wanted to learn as much as I could as quickly in a short time knowing I will go back at my leisure. In no particular order I read articles on sites on Wikipedia, The New York Times, Stetson Kennedy.com, Dangerous minds.net, mentalfloss.com, discovery.com, and census.gov.

In the short term I plan on watching Drunk History’s episode on YouTube and the full American Heroes Channel program.