I took another stab at scoring an interview last month.

But to no avail.

Several weeks have passed since my initial request and subsequent follow up with no reply. I knew it was a longshot before I rolled the dice. No big surprise here. I craft these interviews for fun and a quick excuse to research topics that interest me so I see no reason to stop trying. Besides, who can resist the thrill of checking their email every five minutes for weeks and weeks in the vain hopes of a reply? Not me! 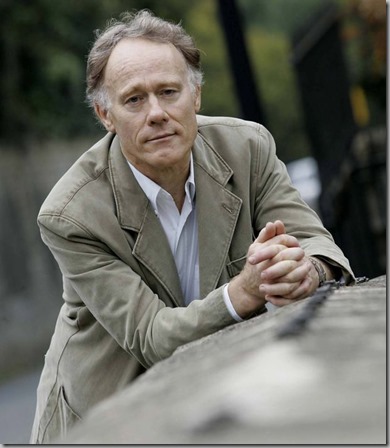 Asking questions is a dangerous hobby. Poking a religious, governmental, or academic school of thought is not the best way to make friends. The pages of history, and some of the jails and unemployment lines of the world today, are peppered with people who asked too many questions and paid the price. In extreme cases some even develop a bad case of death. This interview, however, will stay within the less lethal realm of academia, though I am not sure Socrates would totally agree with the last part of assessment.

Graham Hancock, completely ignoring my advice above, has spent almost three decades asking questions, and even worse he has tried to answer some of them. I will do my best to summarize his long career for those not familiar with Graham, but I fear your best course, gentle reader, is to set aside some time and visit his website. His work is voluminous and you should review it for yourself.

Graham’s background lies in journalism where he wrote for bastions of the mainstream like The Times, The Guardian, and eventually The Economist as an East Africa correspondent in the late 1980’s. This led him to write Lords of Poverty in 1989 chronicling the abuses and misuses of international aid. His turn from journalist to alternate historian came from his time in Africa when he learned of the Church of Our Lady Mary of Zion in Axum, Ethiopia in which the Ark of the Covenant is reported to rest. Yes, THAT Ark of the Covenant. This got his curiosity going, as it should yours. The history of Judaism and Christianity is Ethiopia is fascinating and more than a little odd. But I digress. Researching this claim started him questioning our understanding of human history. This grew into the mother lode question that has consumed his time and mind ever since: what if there is more to the story of humanity than we have ever realized? 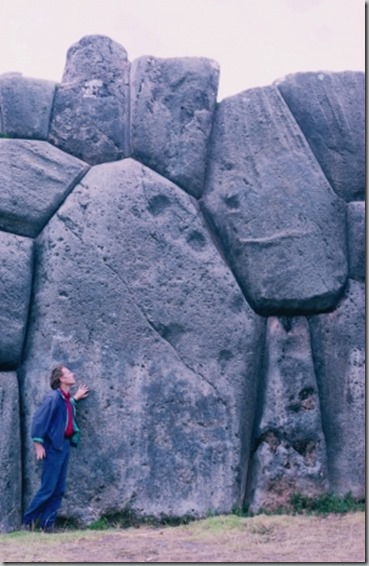 Flash forward to 1995 and Graham publishes Fingerprints of the Gods: The Evidence of Earth’s Lost Civilization. The book is an international success, which causes the weight of mainstream academia to come crashing down upon him. Graham’s theory, and he is honest enough to refer to it as just that, is that human civilization is much older than the five-thousand year timeframe we are taught in schools. He uses his own research and the research of alternate and establishment historians to highlight a trail of traces left behind by a vast, yet unidentified civilization that was nearly decimated by a world-wide catastrophe approximately 12, 500 years ago. The remnants of this civilization, scattered and broken, spread around the world teaching what it could to what was left of humanity. In this theory, he attempts to unify what he sees are common themes, such as the proliferation of flood myths around the world, the construction of ancient monuments whose size and complexity are out of place given the supposedly low station of ancient humanity, archeo-astronomical markers, and a growing body of evidence that some of the dates attributed to monuments, such as the Sphinx, are completely wrong. This is but a very brief summary, of course.

Mainstream academics were, and are, largely unaccepting of his theory. Google it and see the reactions and refutations for yourself. What I find interesting is the range of reactions. Some are merely unconvinced by the evidence, which is fair. Graham refers to it as a theory, let us not forget. Others I would describe as furious. Actual anger at the proposing and popularization of an idea counter to the establishment’s norm. History is not a block of dead matter that occasionally has a new inch dusted off by an archeologist’s brush. It is often taught that way but it is not. History is a living field. Each generation has a few mavericks who find their own meanings, uncover new evidence, dig up old theories, and utilize new technology in the hopes of illuminating the human story. The history I was taught is not the same history my children are being taught, nor will their children learn the same material. We don’t know everything. I would argue we are only starting to learn how to learn. Why, then, limit our ideas? I’m open to considering Graham’s theory because it is not impossible. It could easily be fact. Let us not forget how Troy was found. Besides, there is something to be said for shaking up puzzle pieces to see if they make a new, better picture.

Undaunted by the continuing backlash, Graham has continued his research and soon his sixteenth book Magicians of the Gods will be available. It will contain all new information learned in twenty years since Fingerprints, including what the massive 12, 000 year old Gobekli Tepe site in Turkey (which is amazing) might mean to the development of human society, and to paraphrase Graham, what we as a species may have forgotten about our past.

I cannot stress how much I am condensing the Graham’s work. Do yourself a favor and look him up. Judge for yourself. https://grahamhancock.com/

On to the questions!

1. The alternate history field is by its nature a scattered field. It covers a wide range of ideas postulated by an equally wide range of individuals with varying backgrounds and personalities. The quality of its research and presentation, therefore, is also scattered. Is there any type of peer-review process behind the scenes in the alternate history field to address this? If not, would one not be beneficial? Or, would it go against the free-thinking nature of the field and threaten to create a new “establishment”?

2. Let’s talk about smoking guns for a moment. Given the timeframe in the distant past your theory centers around, do you hope to find physical proof for your theory that is not made of stone, or consists of a possible message rendered in stone? I understand the practicality of using stone in building and the corruptible nature of most materials given enough time, but humans are creatures of comfort. We like art, music, soft places to sleep on, and warm places to share with our loved ones. Do you hold any hope of finding an daily life artifact of the culture which inspired so many ancient works? Is it a type of proof you give any thought to at all?

3. What would you do with an unlimited research budget? I know some people consider questions like this as fluff, but to me learning a person’s BIG DREAM or BIG PLAN is like sneaking a peak into the scope of their thinking.

Those are the questions! Again, I appreciate your time and I look forward to hearing back from you soon.

2.Graham at the completely understood and easily explained megalithic walls in Sacsayhuaman, Peru. Photo by his wife Santha Faiia.