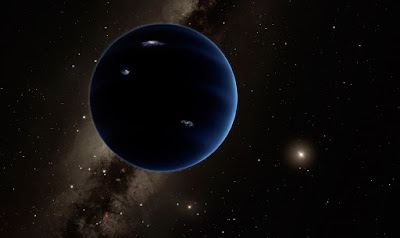 Headlines and news vids around the net recently announced the findings of two California Institute of Technology (Caltech) scientists which point toward the possible existence of a Neptune sized planet well beyond the orbit of Pluto. Dubbed “Planet Nine”, this object, if it exists, fits the mathematical models Mike Brown and Konstantin Batygin used to explain some of the more unusually organized behavior of known objects in the massive, debris filled area called the Kuiper Belt.
Think of it this way. You are playing pinball. You are in the zone intertwined with ball and the board on the way to claiming that sweet, sweet high score. But something is wrong. With unusual regularity, the pinball moves in a way it should not. In an open area of the board the ball moves as if it is striking an invisible bumper. You drop quarter after to quarter in order to study its movements before coming to the inescapable conclusion that there IS a bumper there, just not visible to the naked eye. That’s what these researchers did. The wobbles of these celestial objects were so regular that the only logical explanation that fit the math was the existence of a Gas Giant class planet well beyond the orbit of the dwarf planet Pluto tugging and pushing its neighbors with its gravitational well. The object is so far out, according to their simulations, that its orbit would take anywhere from 10, 000 to 20,000 years to complete.[i] That’s still a better margin of error then some weather forecasters. 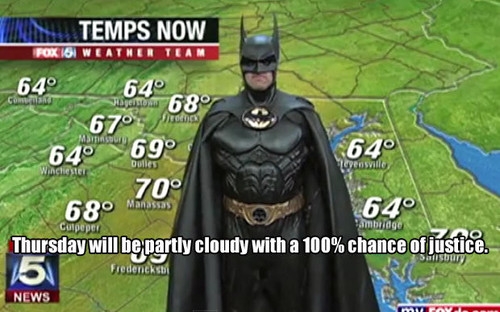 (Read out loud in using your best Christian Bale impression.)

The public has responded with its usual lackluster response to space news. “Come on,” people carp. “It’s a bazillion miles away and the Middle East is burning and Trump is a lunatic and Bernie is a communist and the Oscars are too white and I’m getting older and I can’t shed these last ten pounds and my spouse hasn’t touched me in weeks and blah blah blah.” Nobody cares about what’s out there because of all the crazy we have to sort through right here.

Around the globe, a not so small group of humans with a penchant for the unconventional fell off their collective chairs when the news hit. Most stood back up on shaky legs but some stayed on the floor rocking to and fro in a tight fetal position. 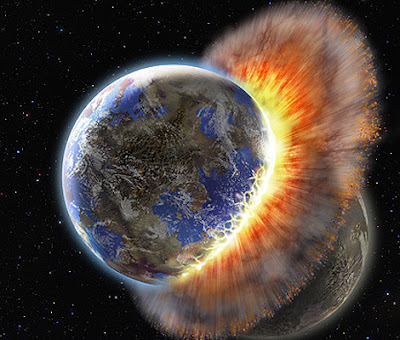 (Artist Unknown. Image not to scale.)

This next bit is a simplification of a great deal of information. My goal here is to whet your appetite so you peruse libraries, bookstores, and the Interwebs to learn more on your own because the subject of Planet X, in both mainstream and fringe studies, has a long history. There have been dozens of books written on the subject, along with hundreds of hours of video produced. Most of it planted enjoyably on the fringe side of the aisle.

The idea of planets in the outer reaches of the solar system is not new. Astronomer Percival Lowell in the early 1900’s was one of the first who brought the idea of a Planet X-like object to the larger public. The idea itself, however, dates back to the mid-1800’s and the work of European astronomers who, like the pinball metaphor above, noticed Neptune’s obit was not regular. While Lowell’s work poured the foundation for the discovery of Pluto, he was known during his lifetime largely as a proponent of life on Mars and then a proponent of the Planet X theory. He built the observatory which bears his name in the hopes of finding this new world. He never did. Lowell died in 1916, but in 1930 a researcher using newer tech did find a celestial body whose initials are a nod to Lowell. Pluto, however, was found to be far too small to explain what astronomers were seeing. The search continued. Mainstream astronomers paid fleeting attention to the Planet X theory during the next few decades. But our next actor in the drama earned a degree in economics before teaching himself the Sumerian system of Cuneiform writing. Enter stage left, Zecharia Sitchin. 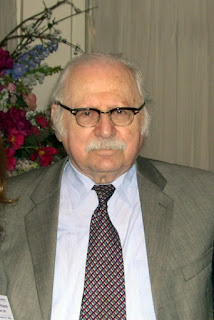 Cuneiform was a method of writing, as well as a style. It was largely done by pressing shapes representing letters or concepts into a clay tablet. If left undisturbed, clay tablets have a fantastic lifespan. Sitchin translated the origin stories of the Sumerians (which date before 2500 B.C.) in the frame of mind of alternate historians/ancient alien theorists like Erich von Däniken who claim ancient humans documented, as best they could, actual events using the words and concepts at their disposal. Sitchin, therefore, postulated if the Sumerian text said a god flew down on a fiery chariot then that’s exactly what happened within the contextual and technological understanding of the observer. No metaphors. No symbolism. Just the facts, ma’am. It is a tempting way of looking at stories and legends from the past, if you think about it. Ask yourself how often you knowingly chose symbolism as your means of documenting your life. Not often, I’d wager. Try if for a week on social media and see how it flies. See how long it takes before friends ask you to stop screwing around and say what you’re trying to say. That’s something to remember when we’re tempted by the ‘those dumb people in the past’ siren. We may have more facts and the accompanying larger vocabulary than our ancient brethren, but we aren’t smarter. I coined the phrase “temporal-centricity” in a novel I wrote to describe the, “My time is the most enlightened time!” fallacy.[ii] Lest we forget, one day, we will be those ‘those dumb people in the past’.

The story he found through his translations, and which he argued for and expanded upon for the rest of his life is, is that we are a created race. Humans were literally crafted by combing alien DNA with proto-humans some 450,000 years ago in order to create a slave race for the purposes of mining gold. Our creators are a race called the Anunnaki. They harken from, wait for it, a planet that lurks most of time in the far reaches of the solar system called Nibiru. I say most of the time because Nibiru reportedly has a wide orbit that brings it into the core of our system every 3,600 years. You may be thinking to yourself, “Self (which is an odd way to start a sentence), that sounds like that is a very BAD thing.” You and yourself would be right. The gravitational forces would cause wide weather disruptions at best and possible planetary destruction at worst. Some veins of the Nibiru story suggest the asteroid belt between Mars and Jupiter used to be a planet which fell victim to Nibiru. So you can understand why some believers of the Nibiru theory think its closing time for the human race. Need more reason to worry? David Bowie died. Some believers are so going far as to claim the recent rash of celebrity deaths (Bowie, Rickman, Lemmy, Angelil, Haggerty, and Frey) is all part of an elaborate escape plan by the elite! I know what you’re thinking Dan Haggerty? Grizzly Adams? An Elite? I only report on this stuff. Don’t stone the messenger. But. Why else would David Bowie name his “last” album BLACK STAR while the track most closely inspired by his impending death, LAZARUS, is titled after a man who died and then stood back up?[iii]  And then there’s this tidbit. On January 7th, three days before Bowie’s death, NASA stated it has, “… formalized its ongoing program for detecting and tracking near-Earth objects (NEOs) as the Planetary Defense Coordination Office (PDCO).”[iv]  Planetary Defense Coordination Office. What a great name. What a great What aren’t they telling us? sort of name. Just a coincidence of timing, I’m sure. Yes. Move along citizen… 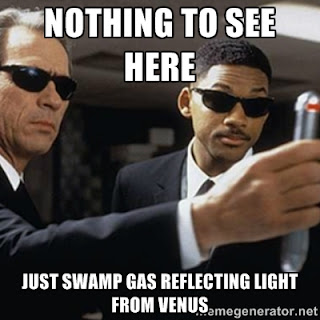 So, there’s the landscape for you to digest. We have mainstream theories about a massive, far flung dark world whose gravity makes Neptune wobbles like a drunk freshman. We have fringe theories about a far flung planet whose inhabitants not only messed with Earth in the distant past, but whose existence could spell doom for us all. Both parties seemingly had a major breakthrough with the announcement of Planet X. I find that fascinating. It is why I wrote this blog, honestly. I wanted to put forth both schools of thought in the hope you, gentle reader, might use them as a springboard into enjoying both main street science along with the free range thinking of the fringe. It doesn’t have to be one or the other. We can enjoy both. The world is a much stranger and wonderful and unknown then we give it credit for. I say kudos to expanding our knowledge while flexing our cross-referencing skills to mix and match ideas that normally would not be caught dead together.
NOW GO EXPLORE!

Two quick notes before you GO EXPLORE! First, Sitchin’s own niece Janet Sitchin doesn’t think Planet X is Nibiru due to the difference in the orbit durations: 3600 vs. 10,000 to 20,000 years. Unless something, she notes, happened to Nibiru.[v] Yikes. Maybe the gold the needed to fix their atmosphere didn’t work. Second, here’s a link to a song by one of the most interesting creators I’ve ever found. He called himself Doctor Phineas Waldolf Steel . His music and videos productions introduced me to the Anunnaki theory amongst other things. In fitting fashion he retired/disappeared several years ago and has not formally been heard from again. I interviewed him once. Here’s the link. http://strongarmlabs.blogspot.com/2008/12/strongarm-interview-3-dr-steel.html
Fan made video of Planet X Marks the Spot https://www.youtube.com/watch?v=s0dOUX46e2o

Mission Control, this is Mars Two-Niner-Five, ready for departure.
Uh, Earth. The planet Earth.
Roger, countdown is go in T Minus five, four, three, two, one.

This planet's stinky
I should call up Enki
And say "What were you thinkin'?
Look at the mess you made!"

You took your pinches of clay
You made us, raised us in days
And then you threw us away

And we dance
Blissful unawareness as we dance

Posted by Sam Girdich at Thursday, January 28, 2016 No comments:

A clean slate for the New Year. 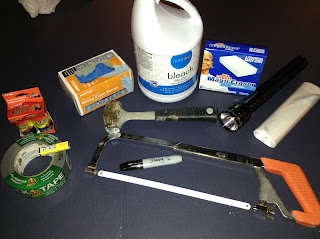 This year I resolve to eliminate negative influences in my life.
Happy 2016!

Posted by Sam Girdich at Saturday, January 02, 2016 No comments: