Robert Clotworthy, You Know His Voice.

I am a fan of both mainstream and alternative academia. The dance between interwoven yet contradictory ideas is fascinating. From my first episode of In Search Of as a wee lad in high britches I was hooked on ufology, the paranormal, metaphysics, and cryptozoology as much as I was on "mundane" mainstream topics. Run forward to 2010 when I happened upon a commercial for some new History Channel program called Ancient Aliens. It tugged at all the right nostalgia strings. I crossed my fingers in the hopes it would yield quality couch time as its predecessor of the late 1970's did in my youth. It did not disappoint. It still doesn't. Presented in a documentary format, the program features researchers and interviews interspersed with regular ‘narrator recaps’ highlighting points from the individual segments. Over time my wife and I built a game around predicting the recap narration due to the narrator’s pleasurably distinct cadence and inflection style. Those snippets of dialogue became as enjoyable as the subject matter of the program, much as listening to Leonard Nimoy used to.

(Speaking of games, we heard some daring individuals turned the show into a drinking game with the word “alien” as the elbow-bending trigger. We tried it. Once. Holy Bender, Batman. Wow. But I digress...)


A few years more down the road of life gifted us all with a new History series in 2014 entitled The Curse of Oak Island. It centered around two brothers dedicated to illuminating an enigmatic island off the coast of Canada that may hide a vast, frustratingly elusive treasure. I'd read about this place. The island (for those unfamiliar with it) is the physical incarnation of Click Bait: each clue, each "Eureka!" looks more promising than the last. It has consumed time, money, and lives for over two centuries. Imagine the internet, only older. Sign me up! I was immediately interested. To my surprise, a few minutes into the premiere episode I realized its narrator was the same as on Ancient Aliens. Well butter my butt and call me a biscuit! Cool!
So, who was this guy behind the microphone? Who was this unseen mystery man of mysterious television mysteries? Was he merely a voice actor? Did he have ties to the presented subject matter? And, philosophically speaking, how long can someone talk about fringe research before it influences their world view? 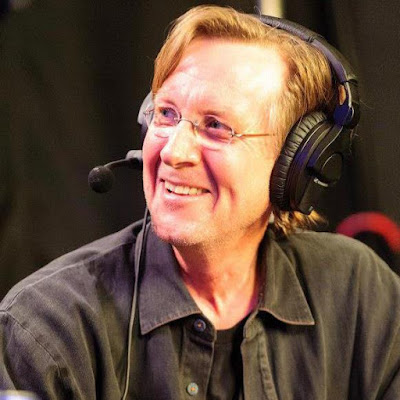 Robert has an impressive body of work to his name. He has acted in popular television soap operas, dramas, and comedies throughout the seventies, eighties, nineties and beyond. He has acted in feature films. He’s voiced characters in some of the most popular video games today. Ponder this for a moment: his IMDB page lists 162 credits. That’s pretty amazing. From Remington Steele to Star Wars. From Kingdom Hearts to Marvel. That’s a substantial career, with much more to come, in an industry not typically known for longevity. I invite you to explore his work for yourself and follow him on social media. He’s not just another pretty voice.

Sam: Robert, I would wager that even diehard viewers of The Curse of Oak Island or Ancient Aliens don’t know that you are part of the Marvel Cinematic Universe. How did this role come about and how does it compare to your award-winning role of Jim Raynor in the StarCraft video game series?

Robert: I was part of the ADR group that was working on Captain America: The Winter Soldier. That’s where a group of actors go in and fill in the “vocal Blanks” if you will in a scene. The producers needed a voice for Nick Fury’s car. I auditioned and they picked me. It started out as just a couple of lines but they kept adding to it. I came in and recorded a couple of additional sessions for them. I think it turned out pretty good. It’s not my only experience in the Marvel Universe however. I played Captain Fantastic in the Marvel: Ultimate Alliance 2 video game as well Captain Stacy, Spider Gwen’s father in the Disney XD series Ultimate Spiderman

As far as Jim Raynor is concerned, it doesn’t compare. I have played him since 1997. That’s a long time for an actor to play a role. Voicing Jim Raynor has been one of the best and most satisfying experiences of my professional life.

Sam: You have a long and distinguished list of roles to your name, both in front of the camera and the microphone. Because much of your work is off-camera, does it afford you with more privacy in public, or has the internet made that a challenge?

Robert: I like to work and am blessed to have been able to make a living as an actor since the age of 15.  I’ve also had the pleasure of working with some of the most talented directors and actors imaginable both on screen and off.  I love working on camera because it allows you to interact and create a scene. It’s tough to beat performing a scene with Bradley Cooper and being directed by Clint Eastwood. That was amazing and surreal. The negative side is that you can loose your anonymity, which can be very difficult. I was on The Young and the Restless for several years and it was difficult for the viewers to separate Robert the actor from the role I was playing. I got a lot of hate mail. As a voice performer it is easier to avoid the limelight. Because of social media however, it is important to have a footprint: i.e. followers on Twitter and Facebook. That’s how a lot of the casting decisions are made. So please follow me. I promise not to bite.

Sam: In your work on Ancient Aliens, have you ever read a line of narration and thought to yourself, “I call bullshit on that.” only to later learn the idea or theory had some validity? Despite some rather herculean leaps of logic the viewers are asked to make, even critics have to admit that every now and again they do hit upon an interesting anomaly.

Robert: I approach each job (narration, on camera, animation etc.) as an actor. The most important element is serving the story. With Ancient Aliens I see my role as being an interested and curious traveler. I don’t know the answers. I am the audience. I do not read the script in advance because I want my initial reaction to the information I am saying to be my guide. Sometimes I am amazed, sometimes shocked, sometimes even skeptical but always willing to ask the questions and listen to the theories. I love learning and each episode teaches me something I did not know.

Sam: That’s interesting. In your role, you’re not an apologist or proponent for what we see and hear along the journey, but rather our trusted companion experiencing the unknown right alongside us. What’s new to us, is new to you. I never thought of it that way. I appreciate the glimpses behind the curtain you shared, Robert, especially some of the ups and downs of a life in the entertainment world. I have a lot more questions, but I know your busy with studio work for the new season starting so soon so I think this is a good spot to stop on. Thanks again, Robert!

Posted by Sam Girdich at Tuesday, February 28, 2017 No comments: