“We met at Retro Con,” said the man standing across from me whom I most certainly had never met before.


Mark and I were exhibiting our fine artistic wares at the Chase Con Expo in Saratoga Springs. We recognized the man as Jim Martin, a guest star at the show. 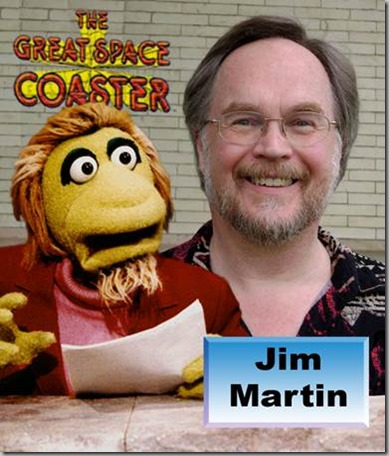 
Jim is a nice guy and he quickly turned the awkward moment of mistaken identity (I get that a lot. No joke and no idea why.) into a conversation and a proper first meeting. Jim was the co-creator of the early 80’s children’s television program The Great Space Coaster with fellow creator Kermit Love. Isn’t that a great name? Kermit Love. Let that sink in a moment… (Update. Click on Comments to read Jim's correction on the information I found online about his and Kermit's role. The original source is always the best source. Thanks, Jim!)


Here’s what we learned from our pleasant introduction to Jim. His time portraying Gary Gnu in The Great Space Coaster was but part of his thirty-plus year career in children’s television, which included several years as a director on Sesame Street. Let’s just say he’s got five more Emmys then we do and leave it at that. 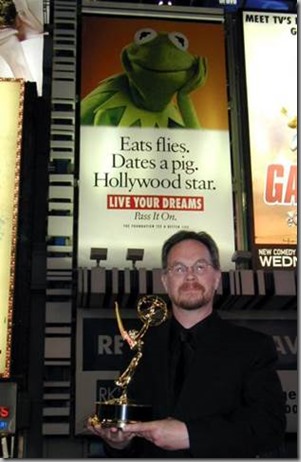 (He actually carries an Emmy with him at all times. Not really.) 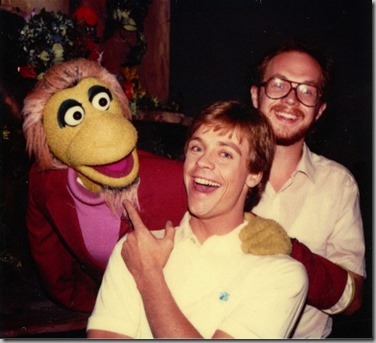 (Here’s Mark Hamill and Jim (right) with his puppet newscaster alter ego Gary Gnu. Mark had a bit role in a few science fiction flicks in the late 70’s and early 80’s.)


Jim is still very busy today as always, but with a little different focus of his time. He acquired the sole right to The Great Space Coaster and is endeavoring to convert its five year run from tape into a digital format. The Internet Age might lead people to think everything is available somewhere but it is not. Jim has been steadily raising funds to convert his cherished work into a format suitable for mass consumption and save it from the very finite lifespan of the magnetic tape format used when the show was recorded. I held one of those Scotch brand magnetic tapes in my hands at the show. I assure you he is undertaking no small feat. He has most of the 250 episodes left to convert into a digital format at $350 a pop. A large, but very cool endeavor.

I donated to the project and you may want to, as well.

If you watched The Great Space Coaster and want to learn more about the restoration project, Jim, or his business partner, fellow creator, and awesome wife Crystal Martin (she rocks) then take a few quality minutes to check out their sites.