I am Very Offended that I could not come up with a better title for this blog. 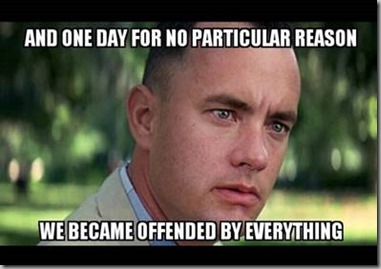 “Only two things are infinite - the universe and human stupidity.”

-Incorrectly attributed to Albert Einstein. He never said it.

“Only two things are infinite - the universe and the human capacity to find new ways to take offense.”

Not sure how the world will become a better place by piling words and ideas on the altar of THAT WHICH MUST NEVER BE MENTIONED. Never worked that great in the past. I might be wrong but I see anger more than anything else growing from these latest iterations of an artificial womb, like Safe Spaces (love that term), because they fail to address the underlining stresses or problems. People in these bubbles[i] know they are temporary, at best, and that an entire world lurks outside in the shadows whispering concepts and notions frightfully different from their own. This makes many scared or mad, two emotions a famous philosopher warned us about a long time ago. 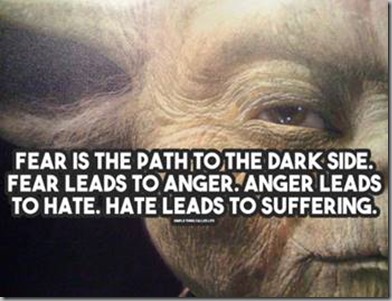 The solution is spreading their bubble further and further to block/condemning yet more words and ideas (Law of Unintended Consequences anyone?) until it inevitably brushes against someone else’s bubble. We then have COMBAT BY DISCOMFORT with the victor being determined by greatest level of offence. All the while real problems like, oh, hunger, disease, and child abuse are left almost untouched by critical thought or analysis, and therefore bereft of real action or solution. They continue to run amok. 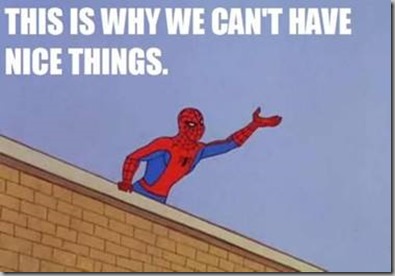 For example, college campuses (in theory) are places of intellectual diversity and exploration built to birth and nurture new ideas and concepts. A type of abstract battleground of words, if you will, designed to strengthen the student’s mind. Instead we find comedians (the people whose job it is to make people laugh) shunning campuses due to the rising waters of political correctness[ii]. A chill wind of sameness is winding its way into classroom and boardroom. I can’t help but wonder what pioneers of free thought and speech like Lenny Bruce or George Carlin, whatever their faults, would make of this. And thought comes first, don’t forget. Thought precedes speech and action, which is why I elected to mention colleges. Think about that, won’t you. 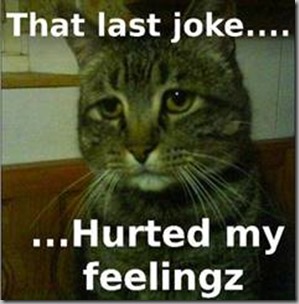 Stick and stone will break my bones, but names will never hurt me. Yes and No. I dare say we’ve all had our feelings crushed by the words of another at some time. We’ve all been called horrible names, been lied to and about, had our hearts broken, had jerk bosses, so on and so forth. These are unfortunately some of the typical results of humans existing. My life has been no different. I have emotional scars from words. The challenge is to not take our individual grievances and elevate them to the same level of importance as society. It is not society’s job to protect me from hurt feelings. It is, however, my job to become a fully developed human being secure in my self-worth DESPITE the best efforts of the large number of human sphincters walking about the planet. How about we accept the fact assholes (not to be confused with truly evil, hateful Bastards) roam the planet and always will. How about instead of running from uncomfortable ideas we instead stand our ground. A bit more BRING IT!, philosophically speaking.

Sorry if it offends you…

[i] To clarify, I am not singling out one group or political ideology. I see intellectual isolationism in MANY schools of thought and worldviews. No group is immune from it, and no group is 100% free from it because all groups are made from people, kind of like Soylent Green.

All memes found via Google image search. No copyrights claimed.