July 24th, 2021 found me (yet again) in the parking lot of 112 Montcalm St. It was 7:30 AM. Sunny, but not yet hot from the long absent sun. I stood with my father in line amongst many waiting to check-in. All was right in the world for we were only minutes away from eating a hearty, delicious breakfast at Burlleigh's Luncheonette.

A day of of Trek awaited us.

A day of like-minded humans gathered from near and very far to celebrate the 90th birthday of an actor who so vibrantly, so unknowingly (along with many talented others) helped turn three seasons of corporate television into over 50 yrs of hope and inspiration to millions. 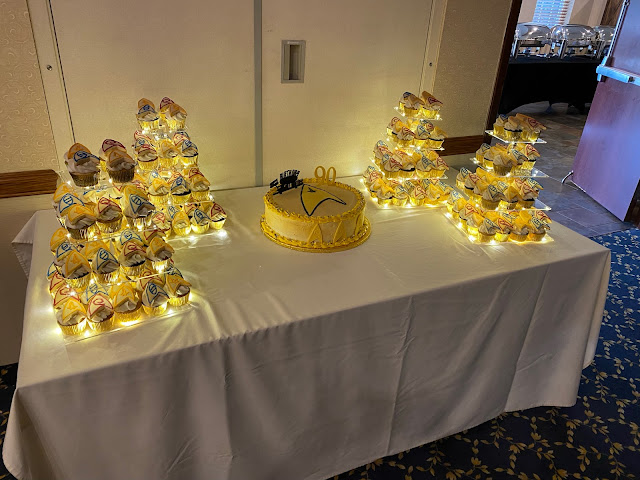 And James? WOW! Your crew did a great job. YOU did a fantastic job performing Saturday night! Just wonderful. My post will not do it justice. Gentle reader, allow me to present award winning Elvis impersonator James Crawley, the creator of the Star Trek Original Series Set Tour.

I'm still debating with myself on HOW to present the day. Until I decide, I want to reach out to some people I did not have the chance to swap contact info with before I left dinner.

In no order at all:

1. Unexpected Lowe's Employee who has an amazing custom built Enterprise

2. 90% Shatner guy who has one of those pencil cases

If by some miracle you see this, please drop me a line. You helped make the day that much better.

A bit more now. A bit of the tour. 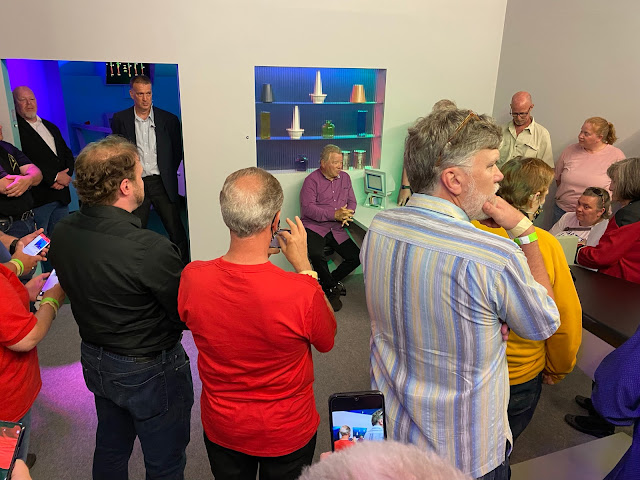 One of the tour guides let my group know that each tour Bill gave was a crapshoot. He went where he felt and relayed whatever he wanted to. The tour guide was quite correct. The above pic from the recreation of the sick bay is bittersweet. Bill was relaying a story that came to mind about when he visited DeForest Kelley and his wife when they were nearing the end of their lives. It was hard to hear, like real-life often is. Bill paused after the telling. What he was thinking, I have no idea. He was lost in his own mind for several seconds. Then he moved us to the next room and carried on. It was a REAL moment. I don't know how else to describe it. 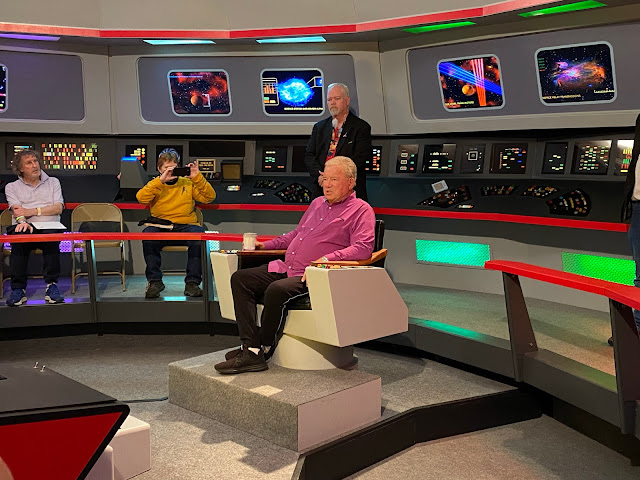 Eventually, we landed on the bridge. That was pretty cool. He took questions and relayed stories about his work on stage and radio. It was interesting. It explained much of why Trek was not a priority in his life for so many years. Bill described it, if I understood him right, as: I did THIS. Now THIS is over. Time to move onto the next THIS. He used the example of how Paramount BURNED the original set. Then how they BURNED the set from the first Trek movie. Then they BURNED the set from the second movie! Trek was a part of his work, not the sum or goal of his work. It made sense. 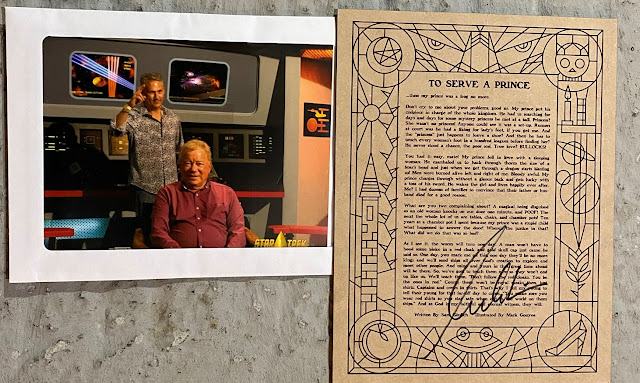 And through it all, Bill gave suggestions (and honestly some outright commands) to help keep the lines moving for the attendees. It was impressive to see him mold the event for the positive. He wasn't merely a celebrity in a chair, and this was definitely not his first rodeo. He signed five-hundred autographs in two hours! During the panel talk at the high school Bill, aged 90, was calling people in the audience out for yawning! It was hilarious. The above pic is a laser-etched copy of our (Strongarm Labs) "To Serve a Prince" story poster tying in classic fairy tale NPC's into the origins of Trek's Red Shirts. Shatner was handed the piece, flipped it over, asked the assistant, "What is this this?" I replied to him it was a story I wrote tied to Trek while dropping a reference to the question I asked him during the panel talk earlier that day. He nodded, smiled, and signed it. Did he read it? Not even close! Not a word passed his eyes!
Oh well....I had to remember he had all these other people to serve.
Then it was time for lunch at House of Pizza. Yum.
The day was my father's first trip to the set tour. He's the reason why Trek is part of me. He watched Trek when it was on the air. He shared the re-runs with me when I was a small child in the 70's. We decided then and there we'd come back on a day NOT filled with lines or Shatner. We'll be back so my Dad can experience the tour as it is supposed to be experienced. He'll be able to take his time. He'll be able to re-live the moments that became examples to me on how to treat other people. He'll be able to enjoy the brief time television time shared his view of future. I can't wait.
Be well, gentle reader. All for now.
Come visit the tour for yourself.   www.startrektour.com
-Sam