This is what I have to about say a certain piece of recent comics buzz. 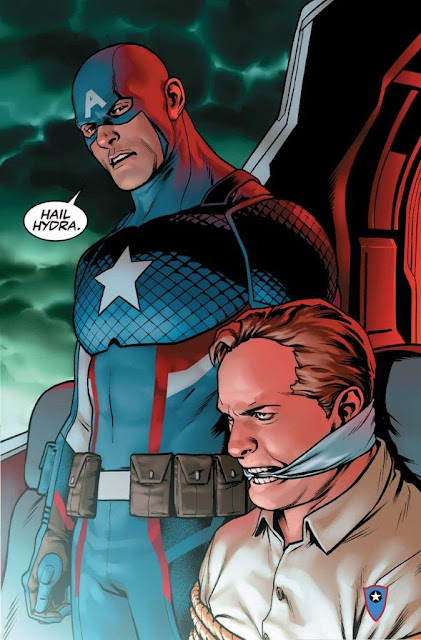 in no time flat before being replaced by yet another new twist to the character's canon.

Comics are a business. Businesses thrive on buzz because buzz = free adverting and attention.  Villains turn into heroes. Heroes turn into villains. New angles are measured and new paths are worn clear. Sometimes it works and sometimes it doesn't. Sometimes the goal is trying something new. Sometimes the goal is sales and attention with logic and quality thrown overboard to hungry sharks. Classic characters generally gravitate back toward the classic, my fiends.

Cap is a hot property right now so he's going to get attention and he's going to be a tool of getting YOUR attention. Remember how dead Superman stayed?

Let the story play out. If it sells you can expect more. If not, then so long and don't let the door hit you on the way out. Maybe the story will all make sense and be worth your time. Maybe Nick Spencer knows what he is doing.

Personally, all I care about is quality and originally. Those two words are the key to my wallet. I'm holding judgement until I know more. If it is a good story I will buy it. If it is BUZZ for the sake of BUZZ then you won't pull a dime from my cold, dead fingers.

Here's an article I found today which delves into the heart of the matter.

MARVEL On CAPTAIN AMERICA/HYDRA Hubbub: 'Not Every Story Is For Every Reader'