The World is but a Stage(coach) for Mary


On April 16, 2016 the US Treasury announced Harriet Tubman would replace Andrew Jackson on the front of the $20 bill. You may have caught a news blip about it or saw a meme or two flitter across your social media steam. Originally, the Treasury was considering a redesign and persona change on the $10 bill, but it turns out Alexander Hamilton is still popular. (Suck it, Aaron Burr.) Andrew Jackson on the other hand, well, not so much.

As news of the resign spread over the Interwebs, so did images of Harriet. Including this one, which made into to my own social media feeds and immediately caught my eye. 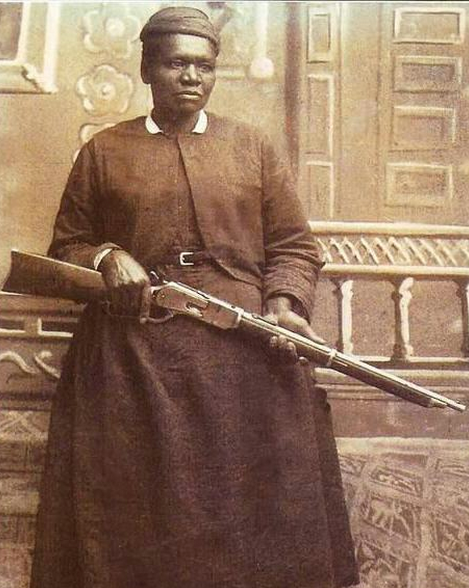 You see, this is not Harriet Tubman.

Meet Mary Fields, or as she was became known during her life, Stagecoach Mary. Mary has been enjoying a bit of a popularity spike these last few years. I suspect that’s why her photo accidentally made it into the mix of a much more widely known historical figure. For example, most of the online articles I found detailing her life were written within the last few years. I take this as a good thing. It means more people are learning about this interesting and very tough woman. And it doesn’t hurt that AMC’s post-Civil War western Hell on Wheels featured Mary in their final season, as portrayed by Amber Chardae Robinson. I’ll give you a bit of her life story so you’ll understand what I mean.

I read several conflicting versions of her life so please don’t take my summary as etched in stone, or etched in blog as the case may be. Most of my keyboard research found slight variations of the same generic narrative. Search “Stagecoach Mary” on your engine of choice and you’ll see what I mean. At the end of the piece I’ll list a few sites that had quite a lot to say about her that the others did not. Much of that I did not include because I have no way of knowing if their information is sound.

Mary, like Harriet, was born into slavery. Most sites put her DOB as the year 1832. What is generally agreed upon is that after the Civil War Mary moved to Toledo, Ohio and began working in a Catholic convent of the Ursuline order. Here Mary befriended Mother Mary Amadeus (what a great name) who was the head or Mother Superior of the convent.

Here’s where things get a bit interesting. Most sites state Mary was employed by Edmund Dunne in Mississippi in the early 1880’s. Mother Amadeus was Edmund’s sister. When Mrs. Dunne died of pneumonia, Mary brought their five children to Toledo, Ohio to live with Mother Amadeus and the two became friends. I found this story on many sites. However, some hinted at a much earlier, much less comfortable connection between Mary and the Dunne’s. According to some sites Mary and Mother Amadeus (a white woman) were childhood friends. That would have meant from when Mary was a slave. In fact, according to Ursuline archives, Mary met Mother Amadeus when the Warner family who owned her (I hate typing sentences like that, but history is what history is.) married into the Dunne’s[i]. The girls then may have stayed in contact even after slavery was ended. We have no primary resource from either party that I could find so I can’t say if the two met before 1883. That’s the problem with oral history. Not very reliable.

What is known with fair certainty is that both women were fond of each other for years to come. By 1884 Mother Amadeus had been sent to the Cascade, Montana area to help establish missionary schools when she became ill from pneumonia. Mother Amadeus sent word to Mary of her condition and Mary rushed to her side. Mary settled in the area and was employed at the mission for almost ten years. At six feet tall and 200 lbs., Mary was a force to be reckoned with. Anecdotes abound around her cigar smoking, gun carrying, wolf killing, fist fighting, whiskey enjoying ways, but just as many exist around her remarkable work ethic. She was said to be highly organized, well respected by most of the local men and laborers, versed in resource management, a decent carpenter, fond of wearing pants, routinely traveled a 100+ mile route for supplies, and more than willing to do whatever was needed to get the job done. Still, not everyone liked her.

Her decade of service came to an end after a worker became angry at a woman giving him orders (And in some accounts being paid less than her. Poor baby.). He got in Mary’s face and made threats. Bad move. It was commonly know that Mary carried a pistol and was a good shot. The man fled after a well-placed bullet whizzed past his face. When the Bishop heard the tale of gunplay at his mission, he demanded Mary be dismissed despite none of the locals finding fault with her action. Nevertheless, she was let go. She did not go far, however, as Mother Amadeus helped her open a restaurant in Cascade. It only lasted about eight to ten months, according to most tellings, because Mary never refused service for lack of money. At approximately 60 years of age, Mary suddenly needed a job. Enter the US Postal Service.

By most accounts, the job requirements were 1. Reliability 2. Trustworthiness 3. The ability to hitch a team of horses faster than any of the other applicants. She beat all the men who vied for the job and wrote her name in the history books as the first African American woman to work for the US Postal Service. It was here she earned her nickname Stagecoach over about eight years of stellar service. It was said when the snow was too deep she carried the mail over her shoulder and used snowshoes. It was definitely known was that when Montana passed a law forbidding women in saloons, the mayor granted her an exception.[ii]

By the time she was about 70 (she never knew her real birthdate) age was catching up to even her tough frame. It was 1903 and her lifelong friend Mother Amadeus had been sent to Alaska to continue her missionary work. She opened a laundry for a time, babysat, and reportedly became a huge fan of the local baseball team. She passed away in 1914 to the sadness of the community and her many friends. 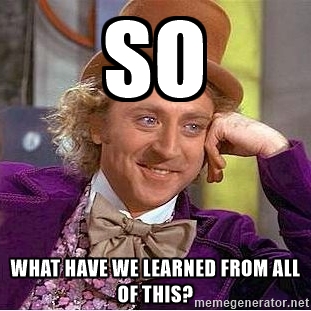 Stagecoach Mary. The name is custom made for admission into the mythology of the West. Her story is dashed with nearly superhuman feats -depending on who your choice of sources- coupled with very real, very human loyalty and generosity to those around her. Forget the guns, booze, and the ability to out-work, and out-fight anyone in the territory. Mary Fields was born into a horrible, evil situation and rose to become a living legend by being herself. That’s why I remember her. Perhaps as you read more about her and the stories surrounding her you’ll find a different reason to remember her. A reason that speaks to you. It really doesn’t matter which one, as long as she is remembered and her lessons are passed on.